Champion for the Poor 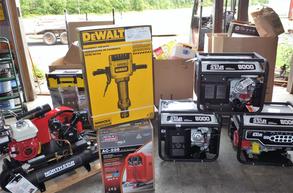 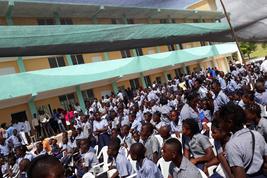 Trees ready to be planted.  Sister Maria (2nd from right) telling a missionary group about the trees which will be planted on the hillsides. 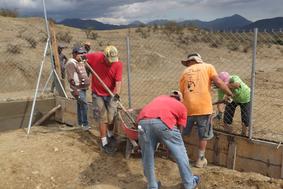 In the past, Haiti has been stripped of many its natural resources including most of the trees.  This is the result of the plight of the people seeking survival.  Sister Maria has begun a project to start reforesting the mountains of Haiti.  This effort will begin with the starting of 12,000 trees from seeds every three month.  After 12 to 18 months, the seedlings will be planted.

Nearing the end of construction.. 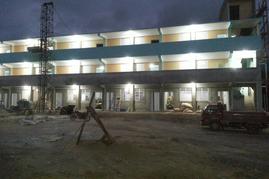 Genarators and other power tools need for construction projects in Haiti.

The Green Bay Diocese mission group is currently working with Silver Lake College, of Manitowoc, WI to send eight nursing students one or two doctors to Haiti in 2018.  Also, there is a dentist planning a dental mission.  These groups will be traveling to the region of Haiti where Sister Maria is located.

The Green Bay Diocese mission groups have already begun collecting items to send a second shipping container to the region.  Information about the items being collected can be found at the Green Bay Diocese Foundation website.  To make a cash donation to support this project, click here to "GET INVOLVED" ====> 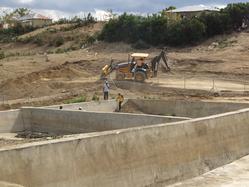 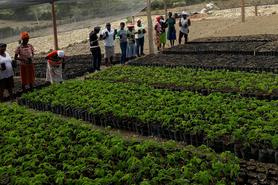 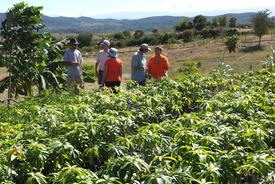 The tractor being loaded on the container.

The barren mountains of Haiti.  The planting of trees will help to hold the soil in place and prevent flooding in the valleys below. 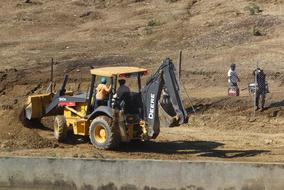 The Green Bay Diocese began collecting items to ship to Haiti in June of 2016.  The contents of the container included medical equipment and supplies, four large genarators, an air compressor, welders and welding supplies, a 50 horsepower tractor, school desks, a large quantity of hygiene items and many other items through the generous donations of individuals and organizations.  In total, the 40 foot container held over 39,000 pounds of donations.  The container reached its destination in January of 2017.

School in Tiroly is Complete

In June of 2017, after two years of construction, the 18 classroom school is complete.  The parents of the students who will attend this school, worked on this project under Sister Maria's direction.  The school will have room for 480 students.  This is the first school built in the Central Provence of Haiti that is earthquake proof, has solar panels to produce power for lighting, is handicap accessible and has bathroom facilities.

Supplies packed into the container. 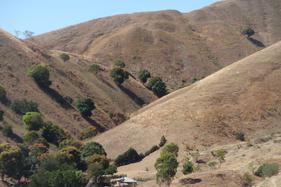 Three of the five fish tanks. 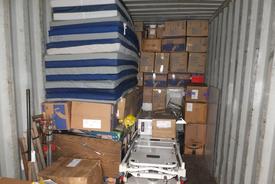 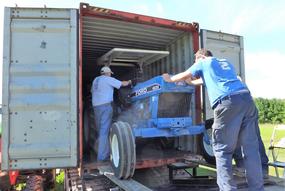 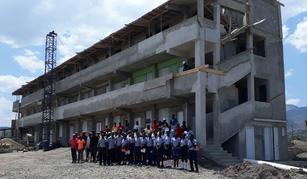 Sister Maria is working with a group of local women to start the trees from seed.

In 2007, a project to raise fish was started in Los Cacaos, Haiti, but was never completed.  Sister Maria received permission to revive and complete this project. The local people rely on a diet of mainly rice.  This provides carbohydrates but very little protein.  The five large concrete fish tanks will hold thousands of fish at any given time and suppliement their diet.  This project was completed in June of 2017.